Greetings, folks! I’m Meghann Ormond, an Assistant Professor in Cultural Geography at Wageningen University. I coordinate the second-year Philosophy of Science and Ethics in Tourism course and the third-year BSc Thesis for the BSc Tourism study programme. I’m also a long-time BSc Tourism Programme Committee member. While many of you might know that side of my work, you may not know that I also teach on a Global Health course and that, when I’m not involved in teaching, I do research on people crossing borders for healthcare and social care that they are not able to access back at home for a variety of reasons. 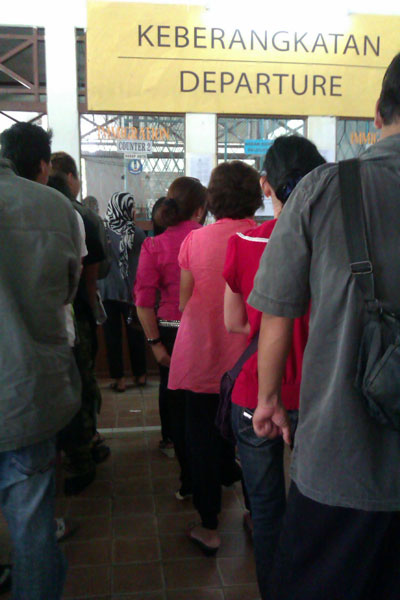 More and more people around the world are crossing international borders in pursuit of timely, quality medical care not accessible to them in their home countries – a phenomenon popularly, though controversially, referred to as ‘medical tourism’. I mostly study this phenomenon in South and Southeast Asia (India, Indonesia, Malaysia, the Philippines and Singapore), though I have also worked with scholars on this issue in the Caribbean (Jamaica). Throughout my work, I examine how international medical tourism and retirement migration destinations are developed and promoted as therapeutic places to foreigners. I also study the effects of international medical tourism and retirement migration on the quality and continuity of care in countries that both generate and receive these mobile subjects. My work provides insight into how shifting visions, scales and practices of citizenship and national belonging transform countries’ and regions’ social and economic development agendas and impact their healthcare systems.

I’ve been asked to focus here in this blog entry on how I came to study ‘medical tourism’ and to reflect on some of the challenges I encountered in my fieldwork experiences, so I’ll get to it. I think that, for most of us, the choice of research topic is intimately tied to our personal experiences and perspectives on the world. I grew up in a middle-class home in the United States, a country where healthcare is great but only if you can afford it… And, well, many people I knew simply couldn’t afford adequate health insurance coverage (now accessibility and affordability are meant to be improving with the recent ACA). They would instead cross the border with Mexico or Canada to purchase cheaper prescription medication. They would forego seeking out medical attention until their treatable conditions were so severe that they couldn’t bear them any longer. They would be bankrupted by astronomically high hospital bills that their insurance companies wouldn’t cover. I saw the lives of many people I cared about altered forever as a result of a health system that seemed to really benefit only a few. Healthcare wasn’t a human right – it was an exclusive privilege.

Combine that experience with my own nomadic trajectory – I have lived for long periods of time in Canada, Morocco, Belgium, Portugal, the UK, Malaysia and, now, the Netherlands, and I have personally come to know the health systems of each of these places from the vantage point of a foreigner and a migrant. I did many years of research on international migration in these countries, and over time I got more and more interested in (surprise!) migrant health issues. While researching migrant health issues and doing my masters at the University of Lisbon in Portugal on the geography of social exclusion, I took a free-choice course on tourism geographies that allowed me to draw connections between the experiences and practices of ‘tourists’ and ‘migrants’ as well as to pay attention to the challenges faced by their respective places of origin and destinations. And the rest, as they say, was history…

I started my PhD research in 2006, and – after considering studying political relations forged through transnational healthcare solidarity efforts between Cuba and Venezuela – I settled on Malaysia as a study site in order to be able to look at how a country’s health system was being developed and promoted to non-citizen users in order to boost the country’s profile at home, within the region and internationally; to attract foreign investment and revenue; and to reduce health worker brain-drain. Over the years, this case study has allowed me to tie my theoretical interests in biopolitics, care ethics and hospitality together with timely social, economic and political issues not relevant only within Malaysia but also throughout the world.

I was used to travelling a lot on my own by the time I got to Malaysia and I managed to identify a handful of helpful scholarly and social networks before I settled there for my first round of fieldwork. Malaysian friends of friends from the different places I had lived welcomed me into their circles, so I was fortunate to be able to establish myself in an apartment and to get to know people pretty quickly. Malaysia is incredibly vibrant – people are fascinating and the food is amazing – so I quickly fell in love with the country. I spent a lot of time with friends involved in the capital city’s pulsating arts and music community, and it was through them – interestingly – that I really began to learn how to effectively articulate and communicate what I wanted to do with my research. They helped me learn to frame and reframe my research to a range of people with different backgrounds. This was essential for not only my own sense of confidence but also for attracting and sustaining the attention of different prospective respondents from very different walks of life.

Indeed, the greatest challenge I encountered back then was securing interviews – I was just a PhD student at the time, and there I was trying to speak with the country’s elite. It took me several months to realise that email was useless, that phone calls were only marginally better, that physically going to the offices of those I wanted to interview was far more effective, that secretaries were truly formidable gate-keepers and that, in the end, the best way to make contact is through less formal settings like conferences and other types of more social gatherings. Basically, I learned to be a lot more entrepreneurial. While I didn’t (and still don’t) speak Malaysia’s national language, Bahasa Melayu, or any of the many Chinese and Indian dialects common to Malaysia’s multi-ethnic population, I was also lucky that most educated people speak fluent English (Malaysia was colonised by the British until 1957). I ended up doing 50 stakeholder interviews with government officials, hospital administrators, health workers, medical travel facilitators and non-governmental organisation representatives during that initial period of fieldwork. The result of those interviews and participant observation was my PhD thesis, which later became a book (Neoliberal Governance and International Medical Travel in Malaysia, Routledge, 2013). 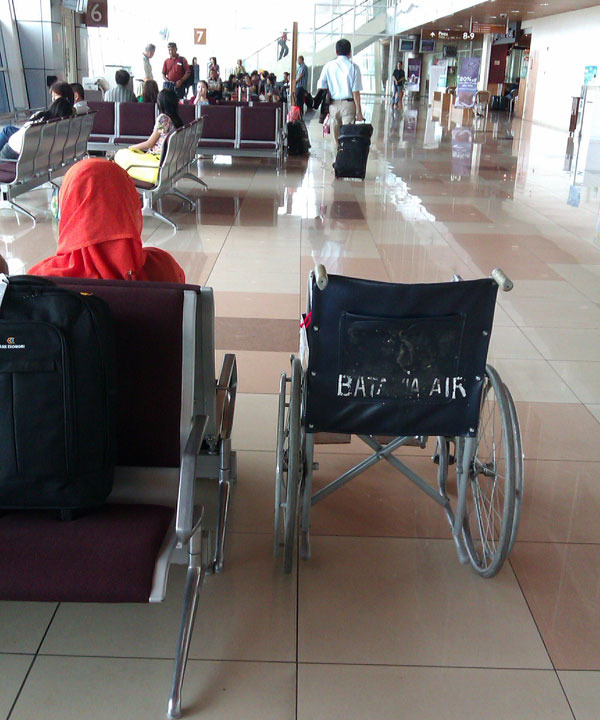 Doing qualitative research in the field has gotten somewhat easier now that I learned these (place-specific!) lessons and also now that I’m less junior in my career. Over the years, I’ve also learned about the real joys that come from collaborating with colleagues in the region instead of doing things alone: the richness of diverse insights, the invaluable support when obstacles are encountered, etc. A couple of years ago, I did a multi-sited mobile ethnographic project with one of my MSc Leisure, Tourism and Environment master’s students at the time, Dian Sulianti. We did fieldwork in Sarawak (East Malaysia) and West Kalimantan (Indonesia) together, interviewing, travelling and staying with Indonesian medical travellers making the journey from Indonesia to Malaysia for medical treatment. It was incredibly rewarding not only professionally but also personally to work together with her, an Indonesian from the area we were studying, to produce research that challenged the Western-centric focus of much research on ‘medical tourism’ (for an example of our work, see, e.g., ‘More than medical tourism: Lessons from Indonesia and Malaysia on South-South intra-regional medical travel’.

Well, thanks for giving me the opportunity to share some of my experiences with you. To close, I’d like to take a moment to really encourage our BSc Tourism students to work towards developing their lateral thinking, by which I mean to open their minds and eyes wide enough to what is happening in the world around us and to creatively make connections between the field of ‘tourism’ and a range of social, economic, political and cultural phenomena that may not necessarily at first seem related to ‘tourism’. When I started working on ‘medical tourism’, there were only a handful of other scholars trying to grapple with the multitude of issues, concerns and possibilities that emerge when health and healthcare are facilitated, or even made possible, by travelling outside one’s home country and being welcomed and treated (or not) in another country. This is now a rapidly growing global industry, contentious site of regulation and increasingly diverse field of study. (Not convinced? Then check out our recent special issue on transnational healthcare in Social Science and Medicine!) I use this example of ‘medical tourism’ to argue that it’s through lateral thinking that we’ll be able to understand tourism’s potential and to use/transform it to make a real difference in the world. I encourage you to do this not only as a teacher but also as a human being who sees great ethical potential in tourism to foster responsible change. So, when you’re checking out options for your minors in your third year of studies, consider choosing something really different from what you’ve learned so far in your BSc Tourism courses – and start making innovative and meaningful connections you never knew existed!