My semester abroad at the Arctic Circle

A Minor Tale from Rovaniemi, Finland

I am Michèle, 23 years old and from Germany. Going on exchange has always been something I was looking forward to – and quite sudden, it was time for me to say goodbye to Breda!

After extensive research about international partner universities and the courses offered – I wanted to take business related courses – my choice was limited to Budapest, Prague, Warsaw, Kaunas and Rovaniemi. I have to admit, it did take a while until I had figured out what destination would suit me the best. However, very soon I realized one city certainly stood out; Rovaniemi, the capital of Lapland. I could visit Eastern European cities for a weekend. But when would I have the chance to go to the Arctic Circle?! And besides, I always liked stepping out of my comfort zone and face situations I have not dealt with before. Such as insanely freezing and dark days!. Once I sent in my application, day by day I got more thrilled by the thought of going to Finnish Lapland.

Weeks passed by until I received the much awaited e-mail… ROVANIEMI IT IS! I Could not express my happiness in words!

By the end of August I left home and headed-up to the far north. The city is maybe not the most beautiful, but if you travel and decide living up here, you are most likely not because of the city center. I was amazed by the huge number of lakes (180.000, a number I certainly will not forget anymore) and trees (infinite) Finland has! The first days, actually weeks, I could not believe my eyes; the natural beauty and diversity made me speechless. For nearly the entire month of September I was lucky and spoiled by sunshine and warm temperatures. Cycling has never been so much fun! 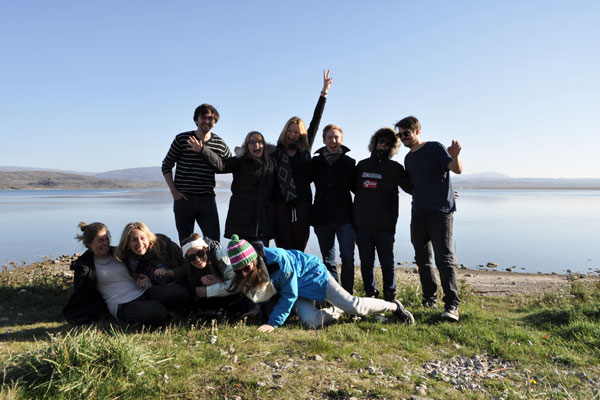 Very soon I met a bunch of great people. However, meeting people was not such a difficulty – I lived with 200 other exchange students in two neighbouring buildings. Almost each day students gathered on the parking lot to make a bonfire in the woods, pick blueberries or just hike together and discover nature. It was so different compared to the student life I was used to! I made great friends who enhanced my experience here a hundred times! Sharing your experiences with people you are closer to is worth so much more.

Trip to the North Cape

It did not take long until we – a group of 10 Belgian, Dutch, German, and Spanish – planned a trip to the North Cape, officially the northern most point of Europe. It was a ride of almost 700km in more than 10 hours. However, I have never enjoyed being in a car for so long; nature was just stunning and the further north we got, the more special it became. We took approximately 7893402 stops to take photos and to realize where we actually are. Our first night there we got surprised by the most intense and fast moving Northern Lights (aka Aurora Borealis) show we could ever think of! We gathered in front of our cabins, which were located in front of a lake, and just watched silently. Everyone was speechless and we even forgot how cold it was. 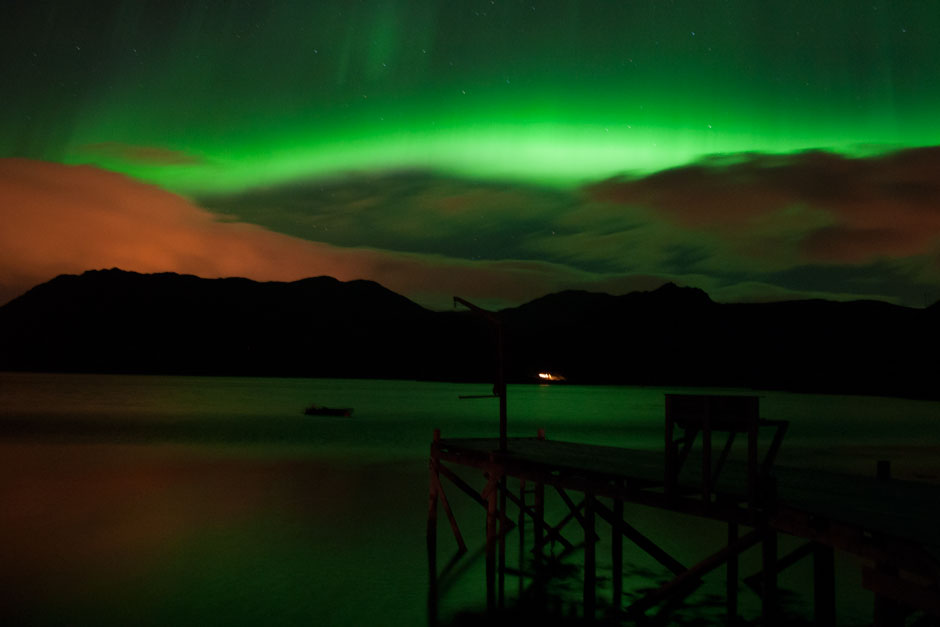 Many people expressed their doubts about this remote location; they would never choose to do their minor in Lapland. Exactly this motivated me even more!   From mid-October on it went freezing cold. Even though I am everything but a winter person, the coldness here feels really refreshing and I can cope with it much better than back home. In Germany/the Netherlands I tend to get really grumpy as soon as the temperature drops below 10 degrees. Except for this one period here in Finland when temperatures dropped below -20 degrees accompanied by sleet. As I have to cycle almost 4km to my university, I was pretty sure my facial skin had died (in the end it did not though). Not only the coldness but also the silence is different over here. I live very close to the forest (okay, actually everybody in Finland does), so you do not hear any traffic or city noises. It is just: s i l e n t. Furthermore the days shorten rapidly! At the moment, beginning of December, the sun rises around 10.30 and sets again 13:50. It is important to say that during these hours, it is everything but sunny! It is rather comparable with dawn. The downside is that you barely wake up and unconsciously decide to end the day around 16:00 in the afternoon. This is indeed very much counteracting to the workload I have here (not many exams, but 89032 essays and reports). Therefore, it is important to find a balance between studying as well as exploring the destination – when will I be up here again at this young age?! 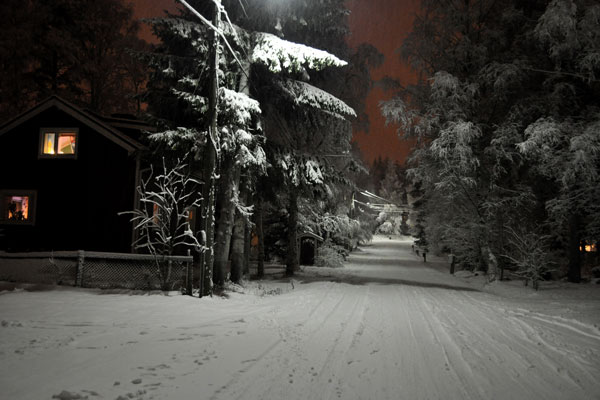 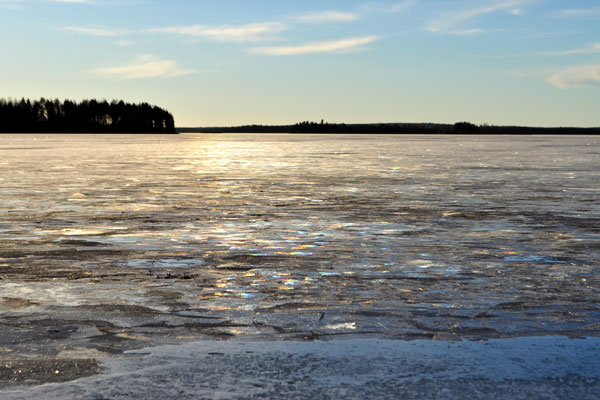 First of all, it is a pity that due to the living situation we do not really get into contact with local people. However, Finnish people are also rather hesitant and do not necessarily take the first step to approach foreigners. But as soon as you talk to them, you feel that they take an interest in others and their culture.  Moreover, every 2nd household in Finland has a sauna. So do our buildings; we have 3 saunas in the basement which are freely available on different times and days. It became a ritual to go at least once a week and just relax. Besides that Finnish people go ice-swimming and roll their heated bodies in snow. My friends and I actually came up with a bucket list with things we want to do while we are here and ice swimming & snow rolling recently got ticked from the list. Honestly, I cannot remember having had so much adrenaline in my body! I definitely recommend this to everyone! 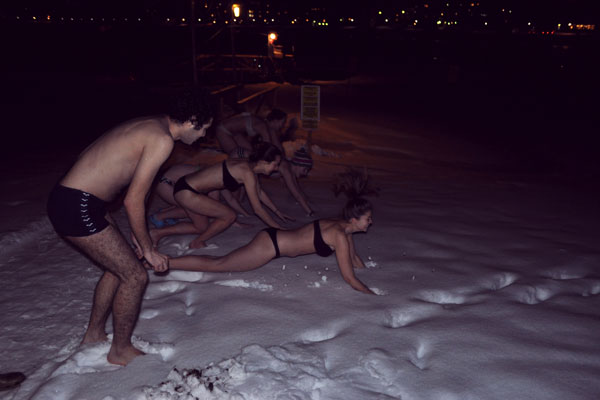 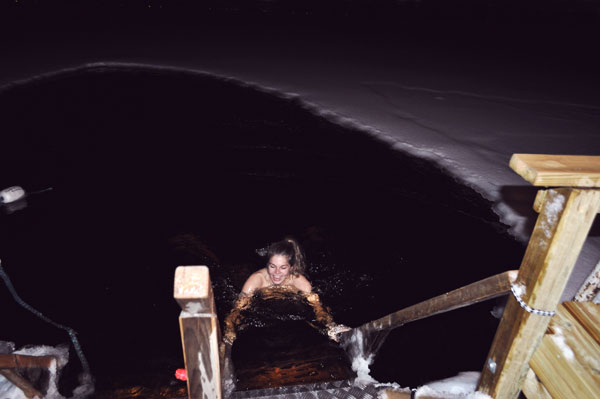 Now, while writing this blog post, I realize even more that my time here is coming to an end. If I would have to choose my exchange destination again, I would not hesitate for a second and choose Rovaniemi.

“Two roads diverged in a wood, and I,
I took the one less travelled by,
And that has made all the difference.”
– Robert Frost

Lapland, it was a pleasure!