Come and experience Yangon yourself

In 18 days you will finally arrive in Yangon. After this long trip you will most probably be totally exhausted and your body needs to recharge energy to cope with the difference in temperature of around 15-20°C 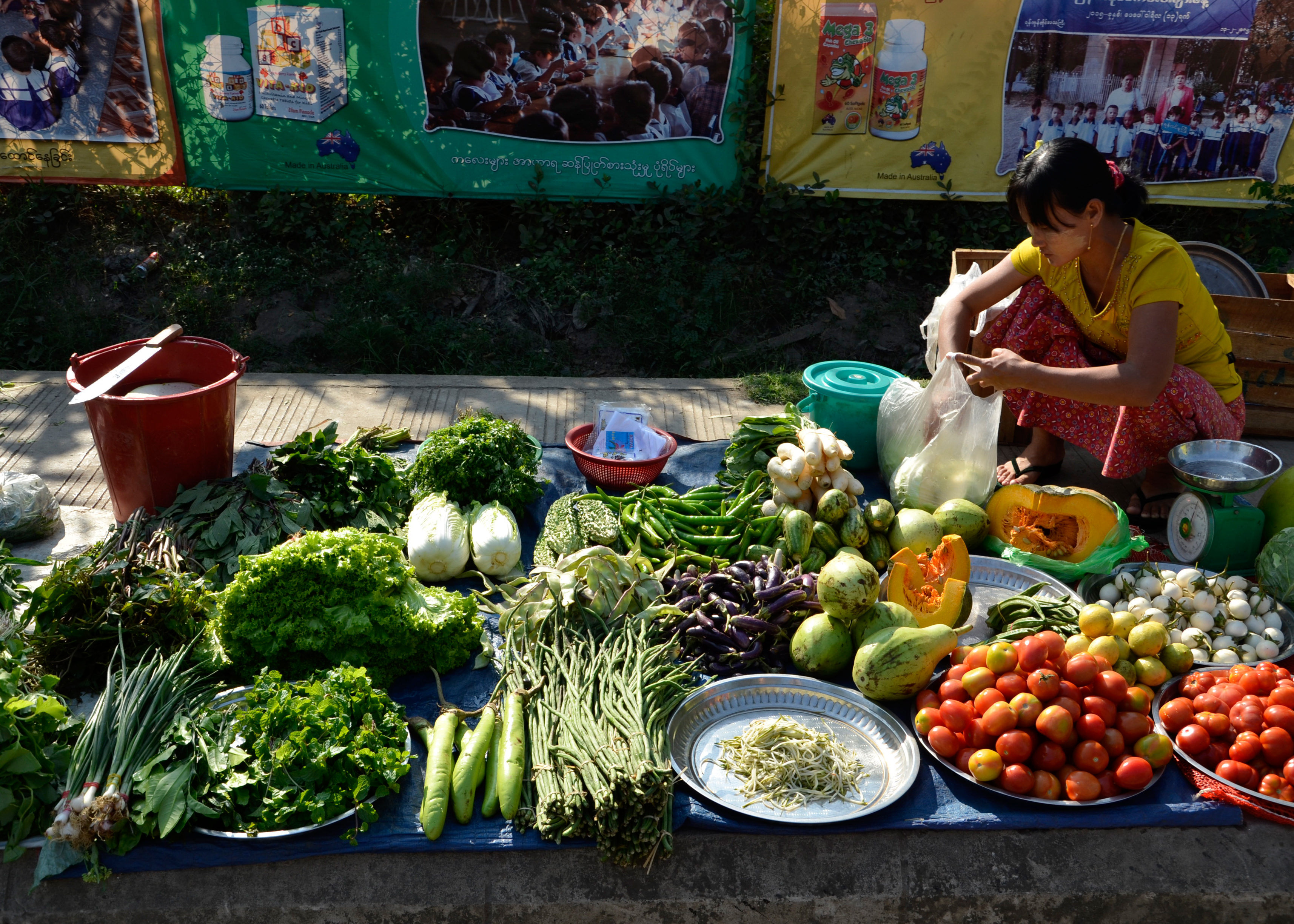 (compared to Holland, not Singapore). After a little nap, you might take a first stroll through the streets, maybe 38th street or Bo Gyoke Road, gaze at the impressive ancient colonial buildings, be stunned by the variety of bright and colourful vegetables and fruit you can buy along the street, observe the street vendors that sell not only fresh food but also loads of different souvenirs, fabrics, magazines and calendars with Aung San Suu Kyi on the cover (a couple of years ago publishing her face on magazines was prohibited and even punished by the military junta). You will wonder what the weird white stuff is covering the women’s and girls’ faces and constantly analyse what is happening around you – Yep, that is the side effect of studying tourism, you are not simply a tourist anymore, you constantly analyse and remember the things you learned or discussed during TPP or SOT workshops. 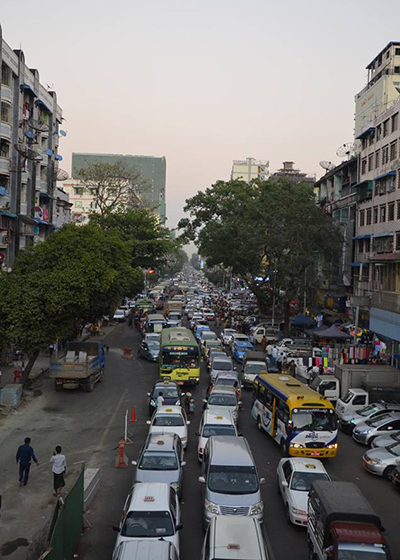 Yangon is as you will encounter first and foremost: noisy. Noisy because there is not only a large amount of people (5.21 million to be precise) but also a seemingly equally large amount of cars “honking” their ways through the city. You will ask yourself: why are they honking all the time? Well, as opposed to the Netherlands or Germany where people only honk when unavoidably necessary as one knows it is perceived as quite aggressive (different in Italy, Spain or France though), the “rules” are different here. Especially taxi driver make use of this handy tool to get attention a lot: they honk when they think you need a taxi, when pedestrians walk on the road, when they want to overtake, when they are stuck in traffic jams (… as if that would make anything better?!) and for many other reasons I have not quite figured out yet. 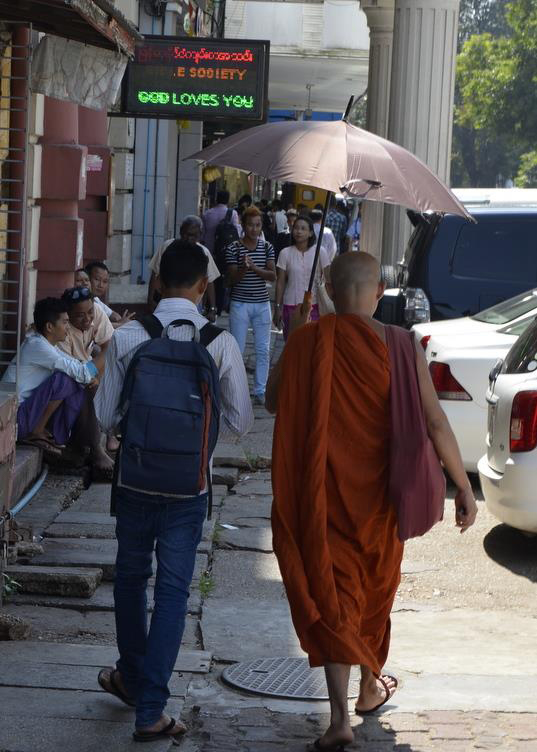 Yangon itself is a very diverse and multicultural city and doesn’t fail to surprise me. The mixing of traditional lifestyles mingled with aspects of modernity and globalization brings about a lot of odd things which make me smile (sometimes laugh) almost every day. Could you imagine a tattooed monk sitting at the Bus stop with a cigarette in his mouth staring at his smartphone?

But enough spoiling – I am sure you will make some crazy Yangon experiences yourself.

While writing all this, I am sitting in beautiful Nyaung Shwe (Inle Lake) as part of my internship in Myanmar. After I finished the Bachelor of Science Tourism programme last year in August, I was on the hunt for a purposeful internship in a developing country. I was lucky as I was informed by no other than Mr. Harald Buitendijk that there is an opportunity in Myanmar in the field of sustainable tourism development. And even better: Malena, who finished the BSc Tourism together with me, would join me on this adventure. We are now both working for a German lady, named Nicole, who is working as a tourism advisor in Myanmar for many years already, amongst others for GIZ – the biggest German development organization.

We spent the last 2 weeks in Nyaung Shwe as GIZ was organising workshops for Burmese tourism workers of all sorts (tour guides, hotel owners, receptionists, …) to teach them how to operate their businesses more responsibly or how to moderate a multi-stakeholder meeting. We helped in the preparation of these workshops by doing PowerPoint presentations for example and were supporting Nicole during the sessions.

Besides this, our work concentrates around the newly established MRTI – Myanmar Responsible Tourism Institute (check out myanmarresponsibletourism.org ), which is a not-for-profit organization in foundation aiming to provide and share knowledge for tourism workers in Myanmar and providing trainings for example. While the shareholders, 4 Myanmar people, and advisors, 4 foreigners, are busy with bureaucratic matters, Malena and I are responsible to organize things like finding a graphic designer for the logo and business cards and creating content for the flyer which was distributed at ITB (Internationale Tourismus Börse in Berlin) already.

A couple of years ago during military dictatorship, founding such an organization would not have been allowed. We are still in the phase of establishing it and a lot of things depend on the political development here. Last week the new minister of tourism was announced and our boss was so happy about the candidate that she, to say it in her own words: “danced on the streets”. Not only because this meant more certainty for MRTI, but because you get emotionally involved by witnessing the struggles Burmese people have gone through – and that is seems that finally things change for the better.

Well, I guess we will have plenty of chance to talk about this in person during your field trip because Malena and I will accompany you guys as “supporters” – looking forward to seeing you all in Yangon very soon!