Here I am, writing the last blogpost of the International Field Project, while enjoying a piece of red-velvet pie in one of the more prestigious hotels of Jakarta. With a bit of luck, my friends and I sniped an overnight stay in a five-star hotel for the price of a cheap hostel in the Netherlands. I just arrived in the hotel after having the seminar at the ministry of tourism to share our research findings. Yesterday, as well as this morning, we dedicated most of the time to preparing for today’s presentations.

Over a period of four weeks, our class has been studying two subjects: (1) environmental management and (2) socio-economic inclusiveness, which were each represented by three groups, who all focused on a different tourism sector. For the seminar, we prepared two presentations of fifteen minutes. However, we needed to do this with ten to twelve people, which was rather difficult, as everyone wanted to express their opinion. Nonetheless, we managed to create the first draft within a few hours and later on, we practiced it in a very cramped conference room. Gathered inside the room, we listened carefully to the stories of our fellow classmates which was followed up with some constructive criticism from lectures and fellow students.

This morning, it was our last chance to go over the presentations one more time. Going to the meeting in our formal suits had become familiar during the project. However, in Sumba we went to the government in a shabby and well-worn bus. This time, it was fairly different, as we had to go through the crowded streets of Jakarta while time was actually running out. Moreover, the government building  looked like a presidential palace, which contrasted with what we experienced in a Sumba. Back then, the building was quite run down with holes in the ceiling from which lamps were hanging loosely. Also, today’s event proceeded differently, with formal speeches and plenty of ceremonial activities. Although the circumstances of the seminars varied a lot, it certainly did not change the message that we intended to deliver. 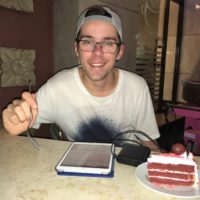 After these four weeks of intensive research, with some internal ups and downs,  I realize that not every second year bachelor student has the chance to present and give recommendations to a national government. Combining this with other episodes and experiences, such as interviewing world class hotels, like Nihi in the case of Sumba, makes me very proud and honored. While reflecting on what I have learnt during this project, I wonder in which ways this experience changed me personally and professionally and how my “normal life” will look like when I’m back home in a couple of days.